AMBLING TO MUTEE HEAD VIA ROONGA POINT AND WWII WRECKAGE

We had heard that Roonga Point opposite Possession Island, at the south end of Punsand Bay, was a good fishing spot, as well as a scenic place to visit. The first site to greet us, was a VERY smelly fish carcass, hanging in a tree. Evidence I guess of the fishing. The smell did not encourage us to stay there long.

We had heard that the wreckage of WWII military aircraft could still be seen near Bamaga.  It felt very eerie walking around the wreckage of a Beaufort Bomber in amongst the undergrowth of the forest, reflecting about those who had lost their lives there so long ago. 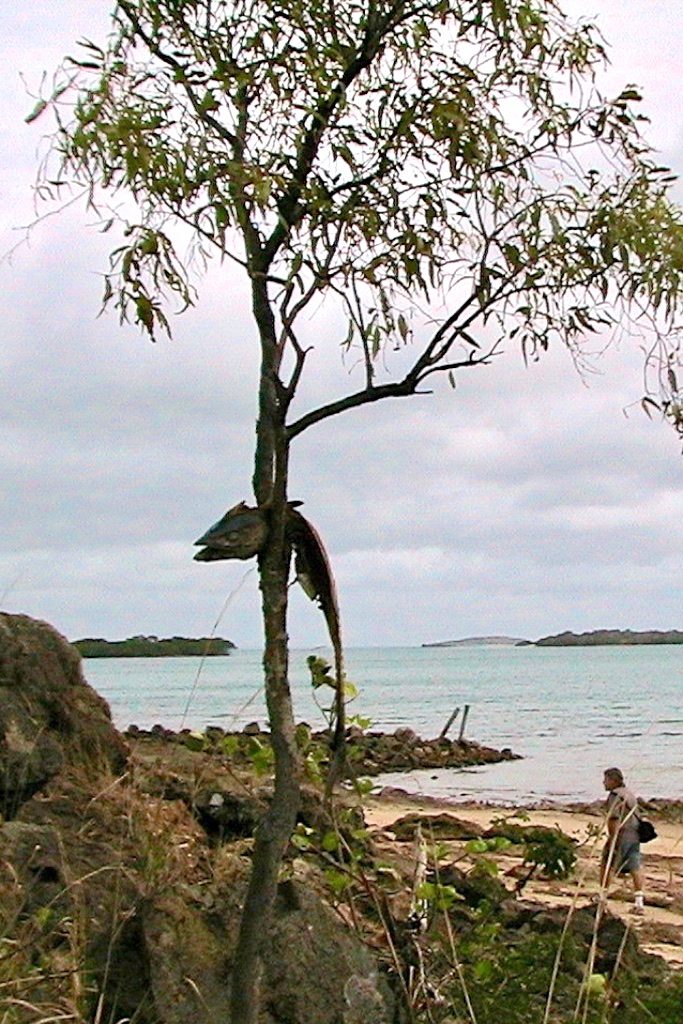 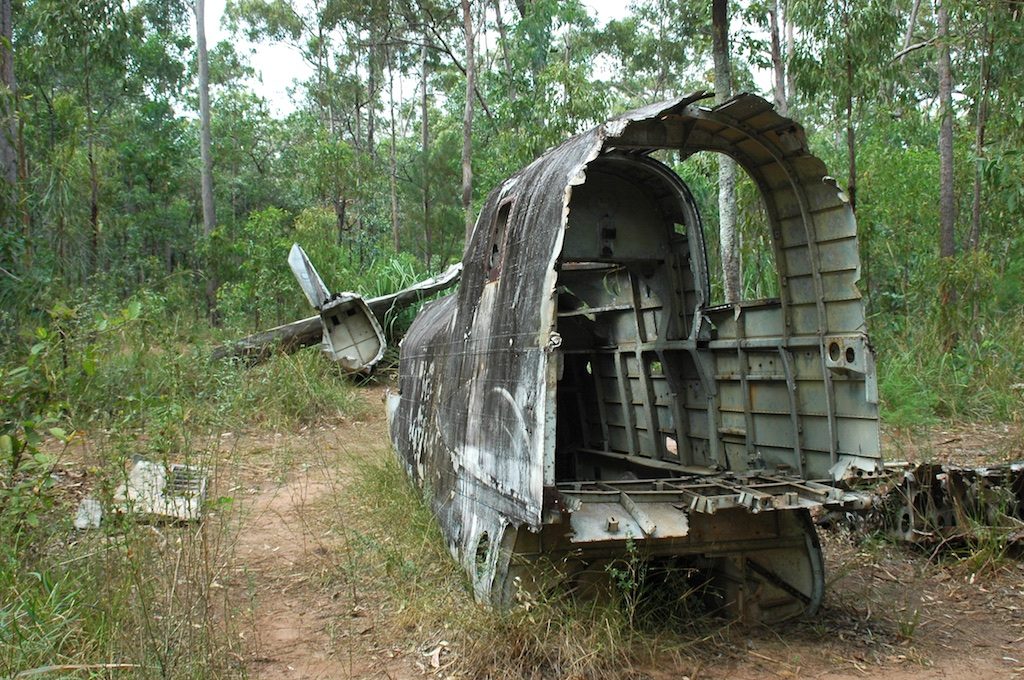 Near the airport at Bamaga, there is a memorial and the wreckage of the DC 3 which crashed in 1945 killing 6 people on board.  As planes flew overhead, I could almost the tension in the air as I explored the scene of the crash. 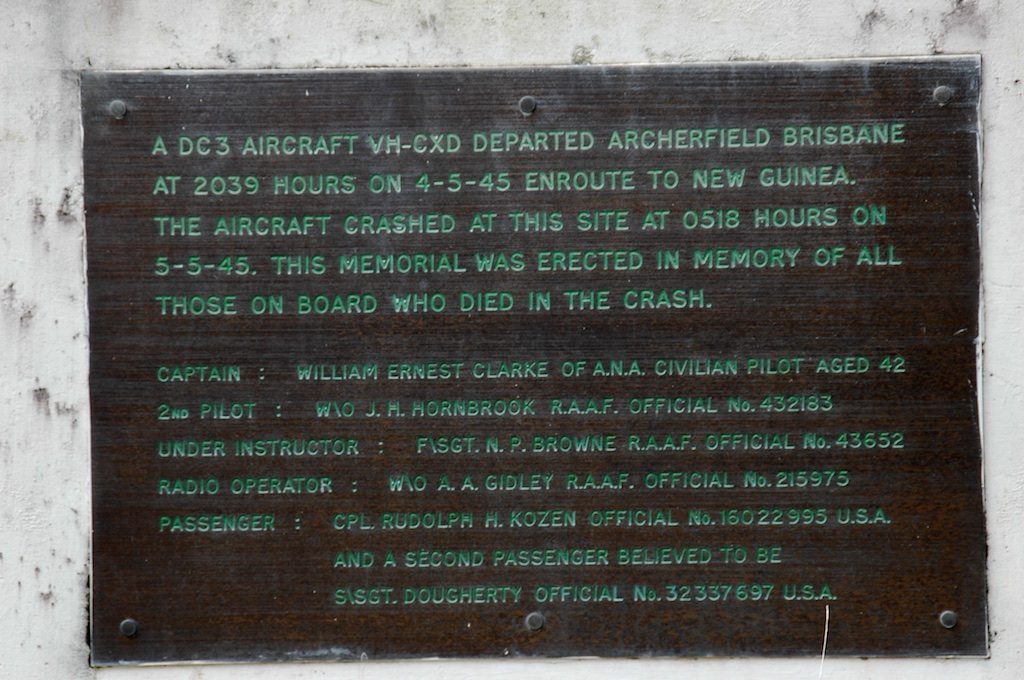 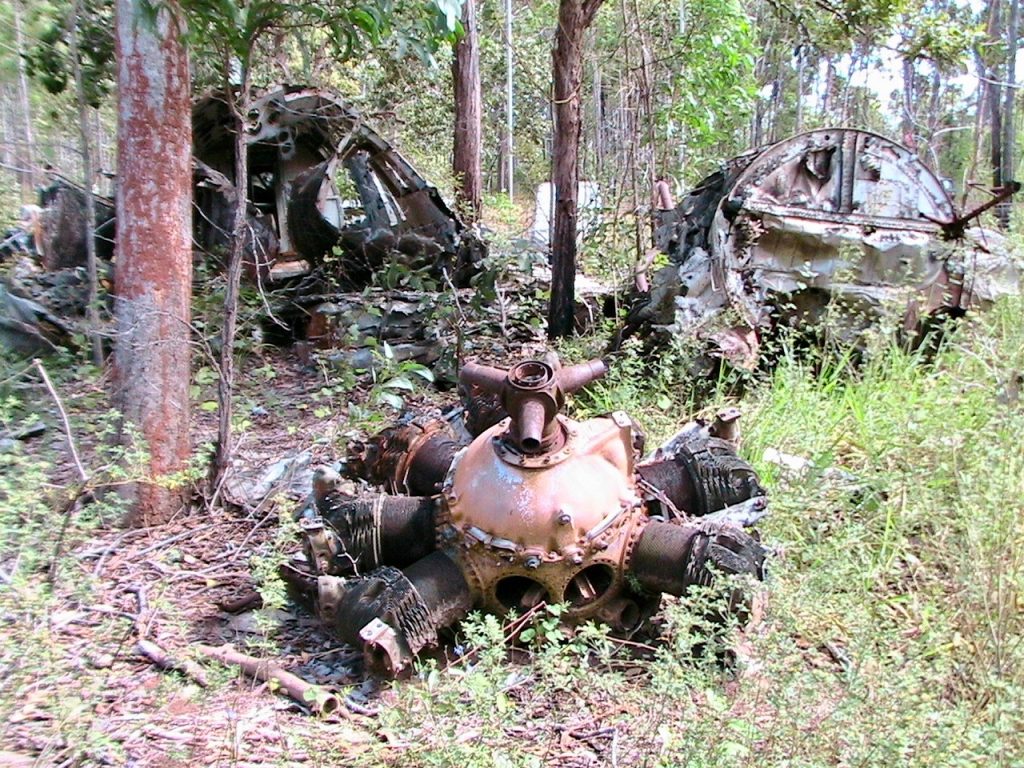 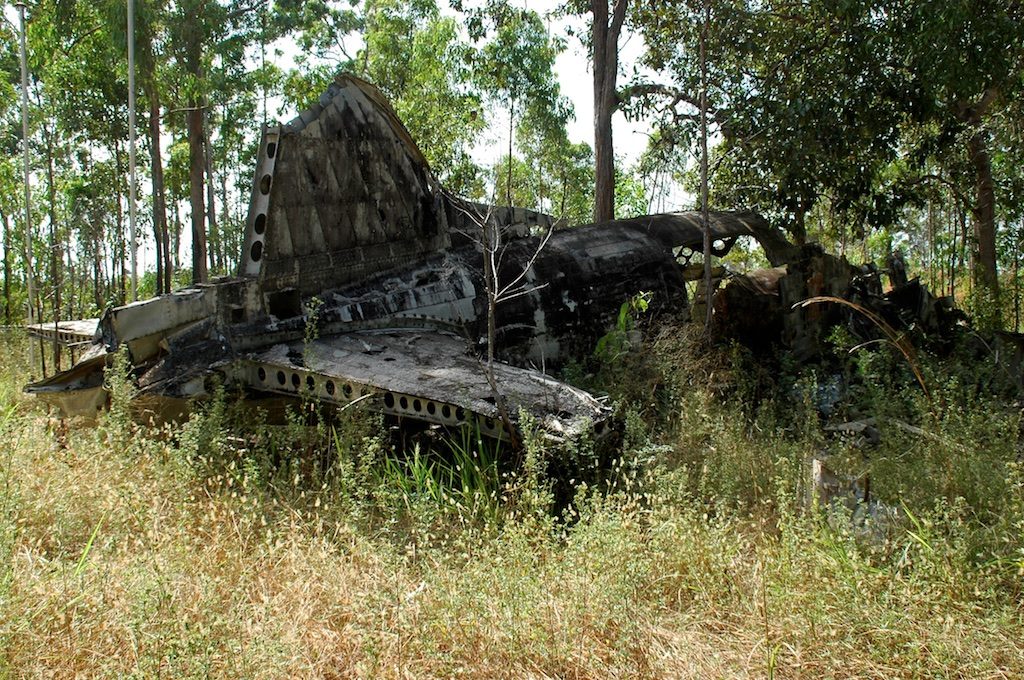 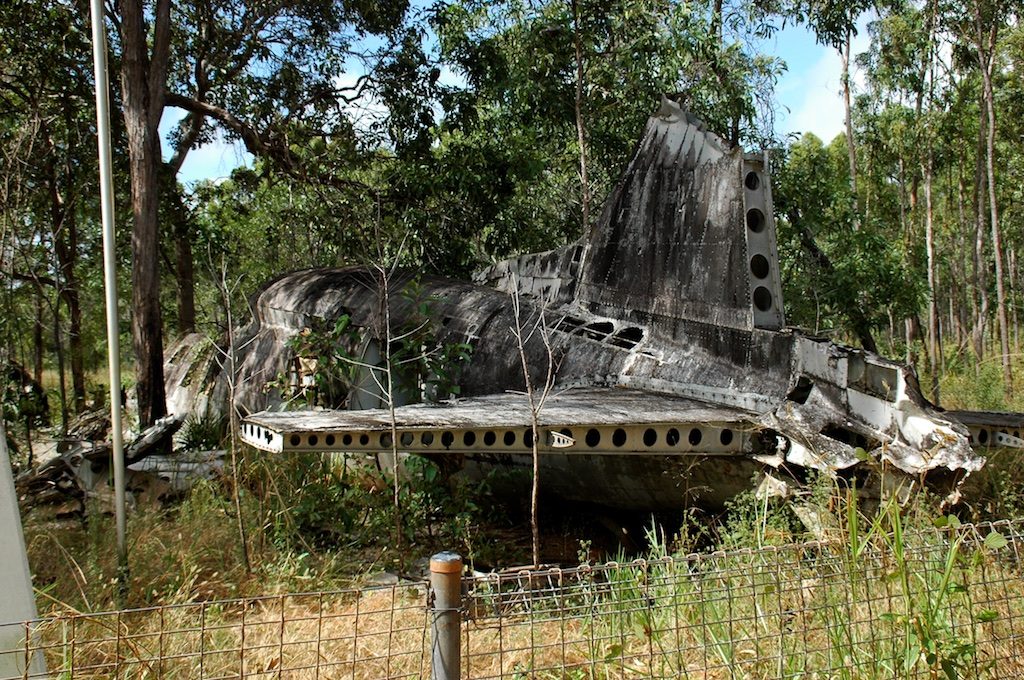 Continuing the World War II theme, we drove further south towards the mouth of the Jardine River to Mutee Head.  Up on the hill behind Mutee beach is a radar tower, which was constructed in 1943 as part of the Second World War defences. The beach is very pretty, with white sand and aqua water. There are also the remains of an old World War II jetty stretching out into the water. 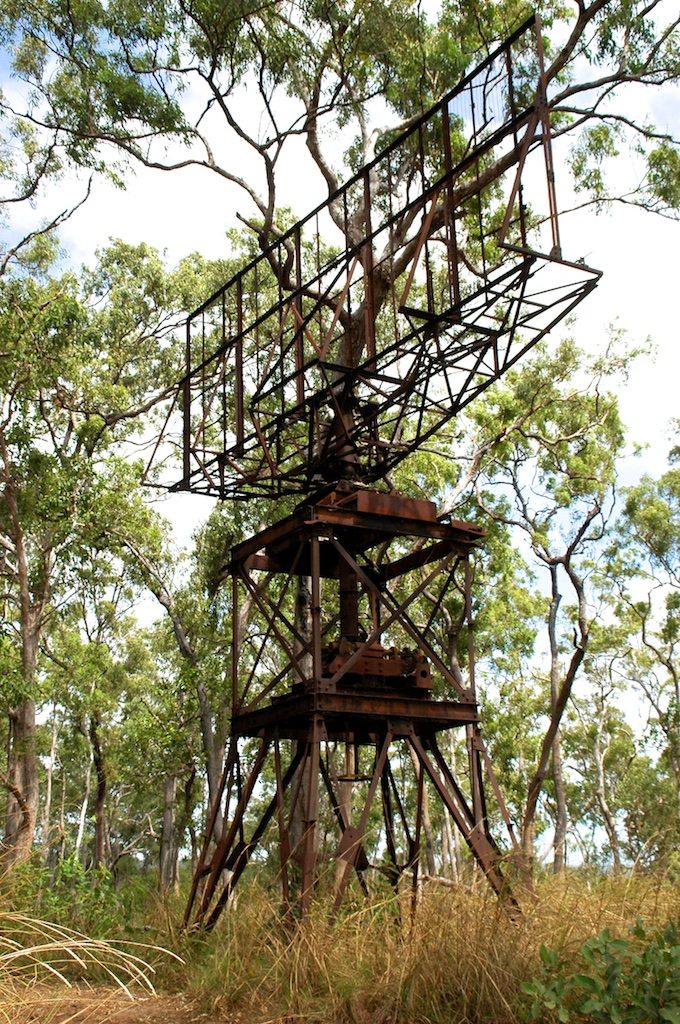 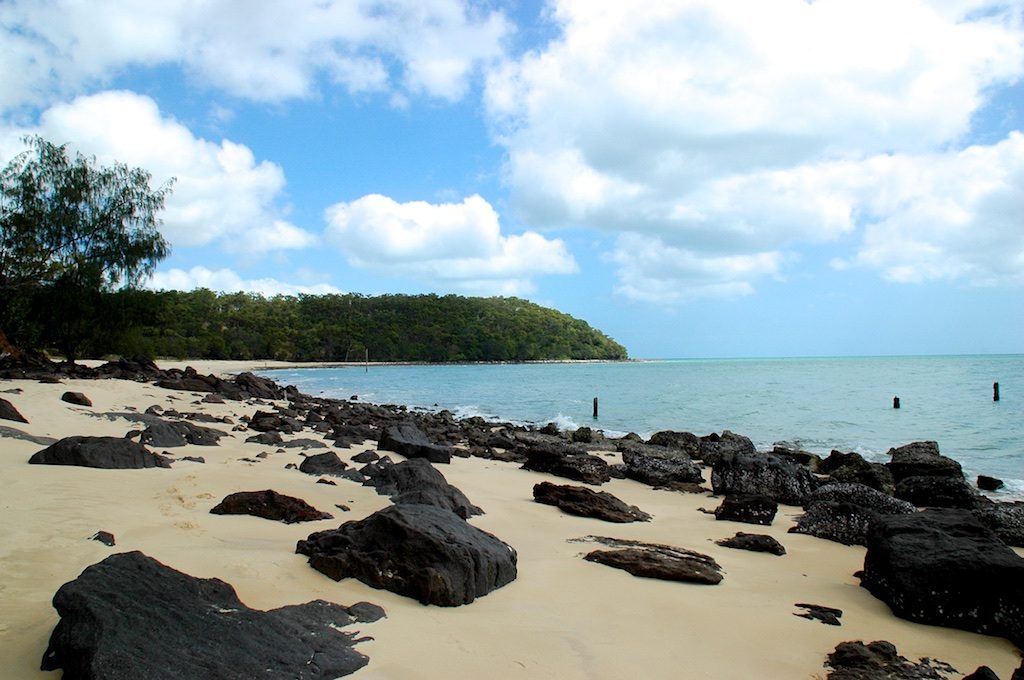 After our busy day exploring, enjoyed our last night at the Top End watching the sun set over Punsand Bay, and relaxing be the camp fire. The next morning we would have to pack up and start the journey down “The Cape”. 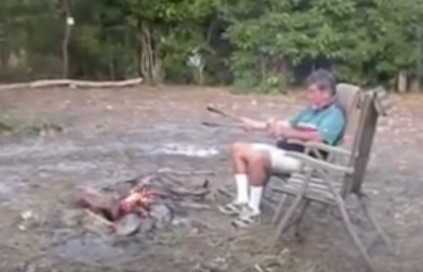 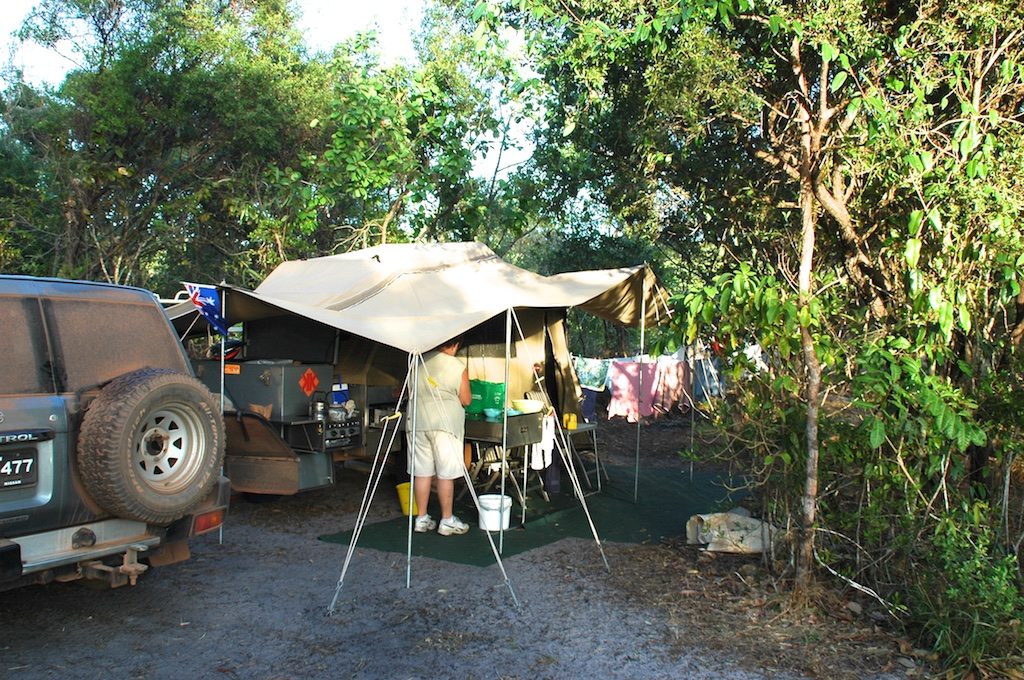 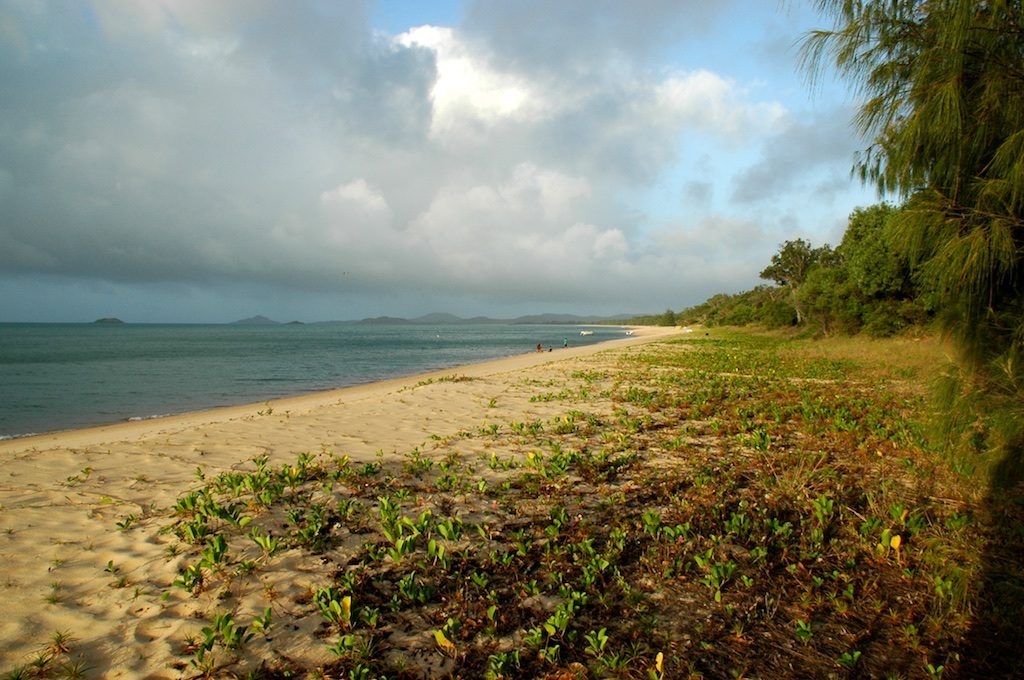 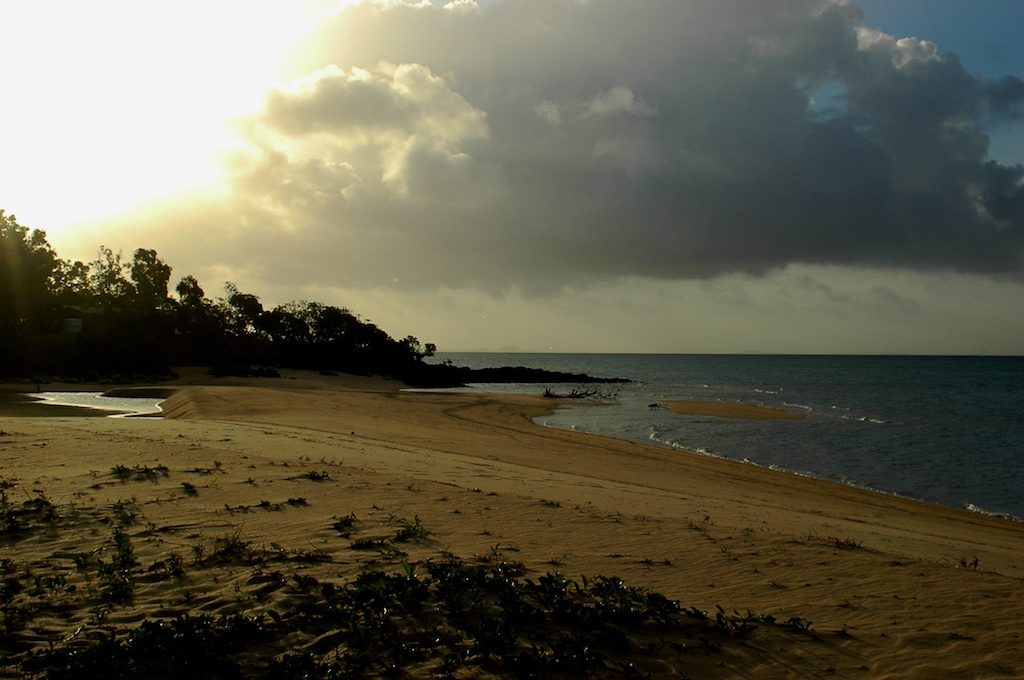